The 6 Most Dangerous Words in Advertising 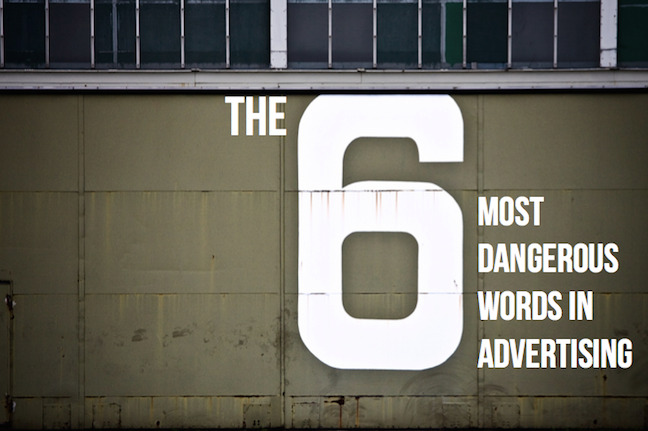 Those words have sunk many a social campaign. Left hashtags barren and forgotten. Shaken a client’s faith in their agency’s grasp of how it all really works.

If your sole strategy is to create content so compelling that people will have no choice but to share it, then buy a lotto ticket because you clearly like long odds.

Whatever you do, don’t go the ubiquitous “Tell us your _____ story” route, either. It’s the path of least resistance and lowest participation. See offenders here: http://tellusyourstoryblog.tumblr.com/

So what’s an agency to do?

Go back to basics and come up with an idea that taps into basic human psychology.

Our root sharing behaviors and motivations are nothing new. After a trip to Hawaii, your grandparents busted out the Kodak carousel and had the neighbors over to share their vacation photos and brag a little. It let them show their friends 1) they had an exciting life and 2) they could afford a nice vacation. Is it really all that different than posting the ultimate selfie from your trip to Brazil?

The unavoidable fact is that people need a good personal reason to participate in anything. And I believe one simple question motivates the vast majority of social engagement with brands:

At Copacino+Fujikado, we narrowed the reasons people share down to three main categories.

Doritos’ Crash the Super Bowl campaign generated enough entries to field a handful of gems over the last 10 years because of a $1 million prize and the notoriety of having a spot in the actual game. Would people participate at the same level if the grand prize were a free bag of chips and a place on Doritos’ website?

This is not to say big money or fame is the only worthwhile reward. To be worthwhile, the reward must exceed the effort to participate.

Ben & Jerry’s “Tweets for Fair Trade” was a great example of reflected light: it allowed Twitter users to “donate” any remaining unused characters in any personal Tweet to Ben & Jerry’s to let them insert a message in support of free trade.

There was no donation required. But after participating, they had done something. Slacktivism, perhaps, but Ben & Jerry’s made them look good to their friends and followers.

We retweet funny tweets to show we’re funny. It’s the same principle as retelling a great joke. We may not have come up with the punch line, but we get credit for being the ones to share it.

We all like talking about ourselves but social media etiquette usually calls for a dash of humility, however feigned. So if you give people a good reason to talk about themselves, they’ll be much more inclined to share. Like an exclusive invite, a special award, or VIP treatment.

Tell someone they’re on the list of the 50 most influential people in their city, they’ll Tweet out the list. But they would never simply Tweet out, “Hey everyone, I believe I’m one of the most innovative people around” on their own. They need that third-party validation.

How we did it

I know, I know. Those who can’t do write blog posts. So here are some examples of how we used these motivators, smart planning, and a lot of hard work to generate social engagement for our clients.

For Visit Seattle, we enticed travel influencers to populate an entire digital map for the city, generating 34 million impressions in the process.

To help the Wing Luke Museum promote their new Bruce Lee exhibit, we turned yellow jumpsuits into a social phenomenon.

And for the Bezos Center for Innovation, we designed an award for innovators that now creates annual buzz.

With all the campaigns, we started by putting ourselves in other people’s shoes and asking, “What’s in it for me?” to make sure we were grounded in sound human psychology.

And then we asked ourselves one more question: “Would we do it?”

The answer was yes. And we have the photos to prove it. 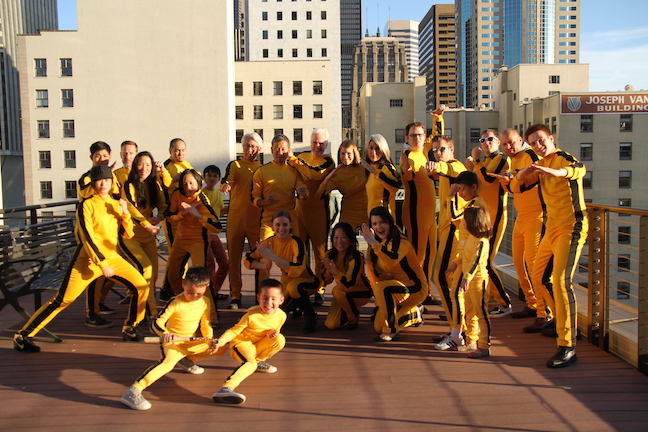